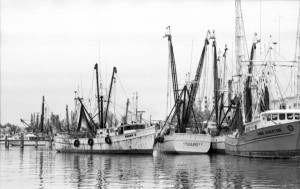 An island floating where the Gulf of Mexico meets the Atlantic Ocean, Key West is surrounded by shallow water with the deep, quick-running Gulf Stream current just offshore. With its unique position 150 miles south of mainland Miami and 90 miles north of Cuba, it’s only natural that Key West would have a rich maritime history, much of it centered around the Historic Seaport, found at the northwestern edge of the island. The story of the Historic Seaport dates back roughly 200 years to when Key West officially became part of the United States and Lt. Commander Matthew C. Perry sailed the Schooner Shark to the island, planting the US flag to mark the occasion. Starting in 1828 and throughout the 1850s, working on the water became a profitable business. Thanks to the shallow reefs just offshore and the vast waters of the Atlantic and Gulf of Mexico, industries like wrecking and salvaging made Key West the richest city in the U.S. per capita. 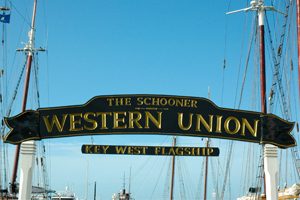 Home to the Key West Bight Marina, a stroll along the seaport today is a feast for the eyes.You can still spot the last surviving authentic working tall ship built in Florida, the Schooner Western Union, which was built in 1939. In the slips, you’ll spot everything from luxury yachts, beautiful sailboats, tour boats and flats fishing skiffs. There are plenty of open air bars and restaurants to sit back, relax and take in the scenery in true Key West fashion. 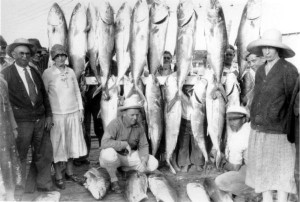 During this time, Key West also became the center of the sea turtle processing and canning industry. Not only was sea turtle meat considered a delicacy across Europe and in some parts of the United States, their skin, leather and shells were also used in jewelry and accessories. Key West had its own abundant population of green sea turtles and captured turtles from across the Caribbean were shipped to the island where they were kept in aquatic dockside pens or kraals at the seaport. Sadly, this booming industry led to the near extinction of these gentle, aquatic giants. They’ve been on the endangered species list since the 1970s and, fortunately, the populations are rebounding. Sponging and salt manufacturing were lucrative industries in the 1800s, as well. Local fishermen first noticed an abundance of sea sponges washing ashore near the Historic Seaport. Sponging became a lucrative industry in the domestic market and soon fishermen rowed small dinghies offshore, raking sponges off the seafloor. At the height of this boom, there were 119 vessels and 1,000 people employed as spongers in Key West. Eventually, the local grounds were depleted and artificial sponges became common after World War II. Of course, the Historic Seaport has a rich history of fishing throughout the ages. From commercial to sport to a lone fisherman with a rod and a reel, the seaport offered a safe harbor for many vessels. Early fishermen sailed out to nearby water in small sailing sloops called smackees. As Key West began to develop as a tourist destination, many of the fishermen that initially docked their boats in the Historic Seaport moved to other parts of the Lower Keys.

Starting in 1949, shrimping became a huge industry in Key West at the Historic Seaport. Vast beds of Tortugas pink shrimp were discovered in the western Gulf of Mexico and shrimpers soon followed. There was a time when the Historic Seaport was filled with shrimp trawlers. By the 1980s, the shrimping industry fell into decline from overfishing and the few remaining shrimp boats moved to other parts of the Lower Keys, including Stock Island, just north of Key West. Today, the Historic Seaport retains its Old World charm. Walking along its wooden docks is like taking a step back in time. Whether it’s embarking on a day trip to the Dry Tortugas or enjoying a fresh hogfish sandwich from Fisherman’s Café, the Historic Seaport will leave a lasting impression of Key West’s fascinating history and alluring character.